Travelling the world with your both your loved ones — photography and your husband — is a match made in heaven for wedding photographer Danelle Bohane. She talks to Adrian Hatwell about her travel-centric business of shooting destination weddings 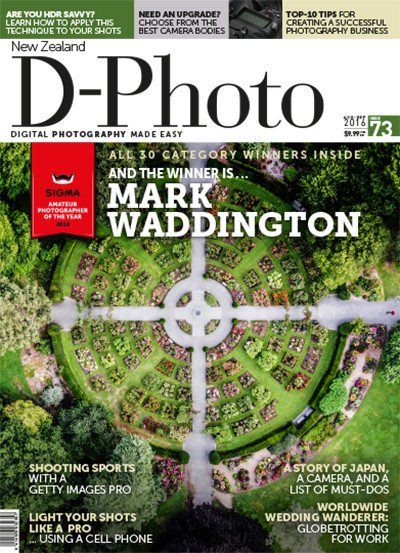 Jaisalmer is the kind of city any traveller dreams of visiting. Located in the western Indian state of Rajasthan, the town spreads out from the base of a towering sandstone fort, its massive ramparts looking out over the golden arid plains of the Thar Desert. The labyrinthine lanes of the huge fort are populated by ornately decorated shops, townhouses, mansions, and a royal palace, all of it forged from glinting sandstone bricks, earning the magnificent citadel its nickname, the Golden City. But while the desert spectacle has an irresistible photographic appeal, it’s not exactly the kind of place you would expect to run into a Kiwi wedding photographer. Then again, Danelle Bohane has a reputation for going beyond the expected and, not unlike Jaisalmer city, has an appetite for the exceptional.

Coming up on her sixth year in business, the Auckland-based photographer has established herself as one of New Zealand’s most sought-after wedding shooters, with her sights clearly set on the international market. Bohane has already shot jobs throughout Australia, as well as destination weddings in many of the Pacific Islands, Canada, Switzerland, and Germany, in addition to an amazing wedding in Jaisalmer, India. Travel is a keen focus for the photographer at this point in her career — in the past year only six of her shoots have been in Auckland — and she has no intention of slowing down, with both the United States and Europe calling in the next few months.

The shift from local to international weddings has been thrilling, but it is also a demanding exercise, the photographer revealed.

“It can be more exciting, because you’re going to a place you’ve never gone before, but it can also be more stressful, because there is a lot more to organize in terms of travel,” Bohane explained. “The awesome thing about destination weddings is you are experiencing a new place, and you end up staying over longer. You’re investing in travel and making memories.”

One of the big challenges involved in travelling for any kind of work is the way it cuts into time spent with loved ones. This has certainly been the case for Bohane. Even when shooting around New Zealand she found herself away from home for three days in the week, and the time demands of overseas work can be far greater. But rather than sacrifice one at the expense of the other, the photographer is doubling down on both: she’s recruited her husband, Dirk, to handle admin on a full-time basis, so the couple can shoot destination weddings and explore the world together.

“Every big decision comes with risk, but we think it’s worth it, being able to travel so much. In terms of quality of life and not being alone, it is so important. We can see things together and create memories, and we’re very lucky to be in that position to be able to travel with our work.”

Displaying such clear commitment to both her art and marriage, it is clear why the photographer is so highly regarded by couples looking to have their own wedding days documented. But even before she was shooting weddings, or even married herself, Bohane was already something of an expert thanks to her upbringing.

“My parents were pastors, and growing up I got dragged along to a lot of weddings when my father was the celebrant,” Bohane recalled. “I had probably been to 40 or 50 weddings before I even became a photographer, I’ve lost track.”

Similarly, photography played an important role in her early life. At the age of 10 she was weighing up the decision between becoming a vet or photographer, when her grandfather gifted her two fateful birthday presents: an intimidatingly thick textbook detailing small-animal surgeries, and a roll of film. She still loves animals, but at that moment the choice became very simple indeed.

Having studied photography in high school and at Auckland’s Unitec, Bohane got her start in wedding photography as so many others did — by agreeing to shoot the wedding of an acquaintance. It was something the photographer instantly felt an affinity for, even though she claims her first wedding shoot wasn’t very good. The couple who were married disagree, however — she’s still in touch with them six years later, and they love the images and are proud to have been the first step on Bohane’s remarkable path.

Over the years, the photographer has developed an approach that combines a photojournalistic flair for event coverage with beautiful, naturalistic stylization. For her, each wedding is the opportunity to tell a story, and she enjoys hunting down the necessary elements throughout the day, and linking images to compose a narrative.

“I feel like everyone is using the term ‘storyteller’ these days, but I’m gonna stick to it, because I do think that’s my strength,” Bohane said. “The first time couples see their images from me is on a slideshow, and I think it’s got a really good rhythm to it, and that’s where my work looks the best.”

As the day progresses from bridal preparation, to ceremony, to reception, the photographer operates in a fairly unobtrusive fashion, allowing the event to play out naturally, capturing authentic displays of emotion as they occur. The only time she gives direction is when it’s time for the wedding portraits, and even then it’s simply advice to help the couple feel comfortable and relaxed in front of the camera.

“What I ideally want is for them to look like them, to create a really natural element between them.”

Shooting with the Canon 5D Mark III, she generally brings a 35mm and 50mm lens with her, but will often swap in a 24mm or 85mm as well, depending on the environment. Planning portrait shoots around the light is important, and Bohane likes to shoot her wedding couples in the soft natural light of sundown when possible. But she’s equally aware of the importance of being patient with the couple on their big day, trying not to rush them away from their guests, and offering as much support as possible.

“Being married myself and going through that whole process of planning a wedding, I understand that there are so many people who put stresses on you. Like mothers, aunties, other people that feel they can place their opinion on things … especially if parents are paying for everything.”

For the wedding shoot to really come together, it is important for Bohane to establish a two-way flow of trust and respect between herself and the couple. It’s something that plays out on the wedding day, but has to be developed from the moment the photographer is booked, which can be up to 15 months in advance.

She takes the responsibility of being involved in such an important, personal day very seriously, and likes to be as involved in the couple’s world as possible. Because it is such a long and involved process, she takes special care to work with couples she knows she will get along well with.

“I don’t always meet couples before they book me, but I’m pretty good at weeding out the bridezilla. I can even tell in emails. But if I’m unsure I’ll actually send out questionnaires to people, just to get a better idea of who they are.”

With a strong and distinctive aesthetic, the photographer tends to be sought out by couples who are well aware of the sort of imagery she likes to produce, and want something akin to it for their own day. While she is very willing to entertain most requests, Bohane does have a few rules she won’t bend on, such as no jumping shots, for instance. And she once had to politely decline a request from a groom to reproduce the ‘bridal party chased by a photoshopped dinosaur’ image that was doing the rounds on the internet a few years ago.

Melding a breezily sophisticated art style with tremendous amounts of care and compassion for her couples, the photographer’s brand continues to spread rapidly, both by word of mouth, and via her significant online presence. A striking web portfolio is flanked by savvy social media management, from which much of her international work is generated. Going well beyond the standard business Facebook page, Bohane also operates a slick Instagram feed that has landed her a lot of bookings, and is now cultivating her presence on Snapchat, primarily for behind-the-scenes peeks.

“With Snapchat, I’ve chosen for it to be a place where they see a little more of my personal life. It’s more relaxed, it’s not perfect, and that’s what’s enjoyable about it.”

Having her finger on the marketing trends is clearly paying off, as it’s affording ample opportunity to spread her wings well beyond these shores, and explore some of the most beautiful spots in the world while she’s at it.

Bohane counts the majestic Jaisalmer wedding as the crowning achievement of her adventurous career to date. “It couldn’t get any more magical,” she said emphatically — but with her ambitious new travel-centric business strategy in place, if the busy photographer never tops the India experience, it certainly won’t be for lack of trying.